Order before 12pm for delivery on*:

*Only valid for mainland UK, refer to checkout for other countries

Although Banksy is best known for his iconic street style and political statement artwork, the illusive artist does still produce artwork in a slightly more traditional medium. This includes Banksy Monkey Parliament canvas, also known as Devolved Parliament, which was originally created in 2009. It has had a resurgence of popularity as it is now used as a symbol of Britain’s polarised political climate and Brexit. If you are a Banksy fan but his street art style doesn’t suit your interiors, this might just be the answer for you!

The Banksy Monkey Parliament poster is an obvious political statement as the image depicts chimps in the Houses of Commons. However, the satirical image is still visually playful and extremely eye catching. The traditional style of art is very unlike Banksy and is more akin to fine art. Banksy Monkey Parliament poster would look fantastic outlined in a deluxe frame to augment the style and to make a real visual impact and to enhance the irony.

As this piece is more colourful than Banksy’s standout black-and-white graffiti style it can be used as a more statement piece to liven up your empty walls. Alternatively, let your personality – and even political positioning – seep through more subtly and opt for a smaller size to nestle in between other gallery frames and canvases.

Banksy Monkey Parliament Canvas is available in 5 sizes to suit your space. Pick yours and checkout for delivery in three days – rest assured, all artwork at Panther Print comes on high-quality canvas for the ultimate visual impact! For more information, get in touch with our team! 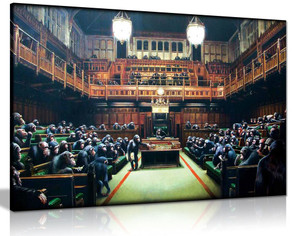 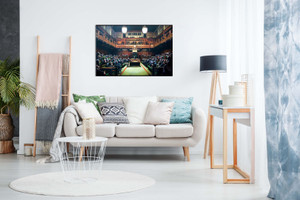 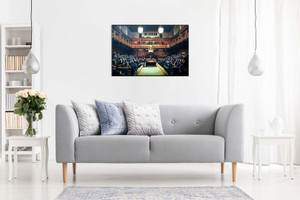 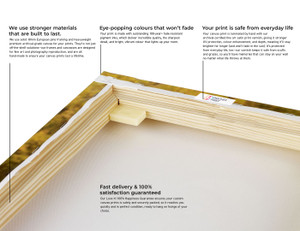 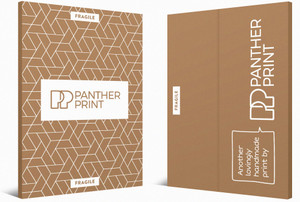